Shin Karate is a martial art in the traditional Japanese style of a disciplined warrior, however, led to real combat situations using the most effective fighting techniques.

The kicks and punches delivered to the opponent do not stop and focus directly on the body, legs, head and face. The exception is shin karate for kids, where strikes to the head and face in combat are prohibited. Shin Karate differs from other styles of karate in that boxing gloves and a white sport kimono with short sleeves are used in combat. 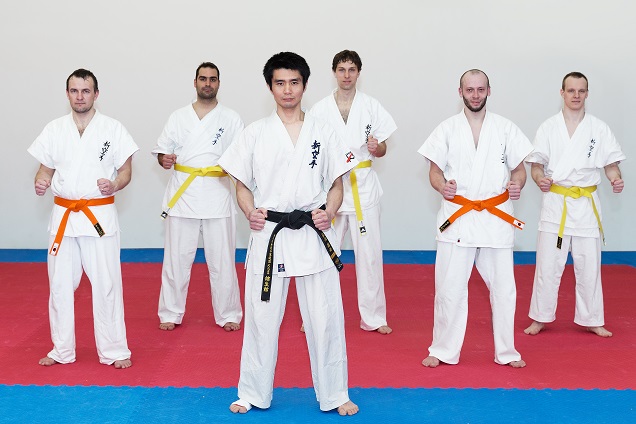 The history of shin karate

The character shin in shin karate means "new". It thus concerns a so-called new karate, whose history though is older than 30 years. The first competitions in shin karate took place in 1985, but the association that organized it, chose the name shin karate about four years later. Shin Karate originated a bit unusually: several schools of karate and other full-contact disciplines organized competitions for which common rules of competition were chosen. The aim was to create a space where different styles of opponents could be compared according to the new uniform rules which allowed a real and effective combat exposure without significant restrictions. Competitors could attack freely all parts of the body (except for the genital) with kicks and punches. The shin karate competition gained such popularity that shin karate dojos later began to develop, where techniques in accordance with the rules of the competition were taught.

Later in 1992, the president of the Association of Shin Karate, Kamimura Eiichi, participated in the creation of a similar concept of competition under the name K-1 Grand Prix, but on a large scale for amateur and professional athletes of different fighting disciplines. This competition became a transitional bridge to future K-1 matches.

The designation K-1 comes from shin karate, originally meaning the toughest competition category (apart from punches and kicks elbows could also be used for fighting). In amateur competitions shin karate endured the category label K-2 (rules for experienced competitors, tournament with an unprotected head and torso), K-3 (rules for less experienced competitors only one match with an unprotected torso and head) and K-4 (rules for children without blows to the head).

Parent club, from which we derive our existence, originated in Japanese Kyótu in 1999. Master Kubosaka Sakon (5th Dan) founded his own dojo after actively pursuing shin karate and achieving major sporting success: he won the all-Japanese amateur shin karate championship, then started a professional fighting career, and in 2002 won the match K1-MAX. Followed by the title of world champion in kickboxing WPKC. Master Sakon Kubosaka is currently the chairman of the Japanese Federation of Shin Karate and his dojo has spread to different areas of Japan. Thanks to his student Tatsuya, we now have the opportunity to practice shin karate even beyond Japan's borders - in a single dojo, Shin Karate Kenseikan Czech, in Prague.

Here is a link to the web site of KSS Kenseikan JAPAN (Japanese only).

Shin Karate has been taught in Prague since 2010 by Master Tatsuya Saeki, who brought this martial art directly from the center of shin karate, the KSS Kenseikan dojo located in historic Kyoto. Our shin karate dojo is thus the only shin karate club outside Japan. Our intention is to give all interested parties the opportunity to fulfill their personal goals, whether it's improving condition, the art of self-defense or preparation for a competition. 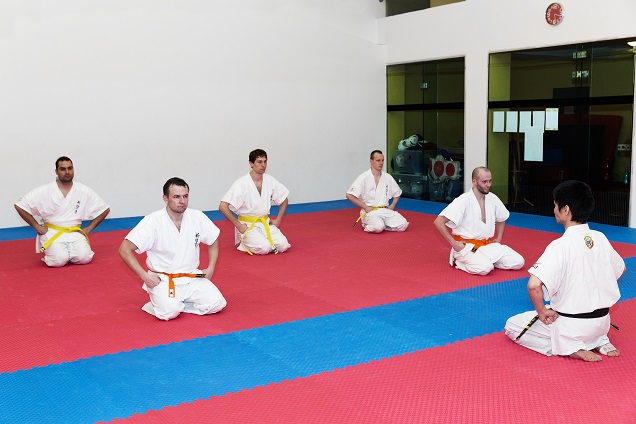