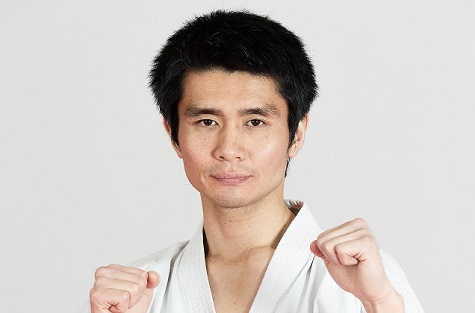 Sports achievements: 2nd Dan in shin karate, multiple cups from regional competitions in K-2 shin karate in Japan, the biggest success was the victory in the Tokyo tournament 2007.

How I got involved in martial arts

The first martial art, which I was actively devoted to, was Gióryú kenpó. After school I got a job in a construction company, and for some time I did not practice martial arts at all, but then I decided to get back into it and I chose shin karate. After about a year of training, the master reached out to me with an offer to work as an instructor at the Kenseikan dojo. Basically I decided almost immediately, I hung up my career as a project manager went down the path of martial arts.

Why I chose shin karate

Shin karate sparring and amateur competitions are very rough. There really is a lot of risk, and people are often afraid. I myself feel rather weak, not resistant to such an onslaught of power and danger. But the idea of overcoming this fear always attracted me more, to become so strong that I could face such a storm of offensive punches and kicks. Taking up shin karate in Japan for me was a big challenge, I admired shin karate, although it is not radically wide-spread. But it has a good reputation mainly on account of its versatility and maximum usability in a real fight and because the traditional heart of the Japanese warrior is maintained within it.

Moving to the Czech Republic

During my time in Kenseikan I met my future wife - a Czech woman, who was studying in Japan. This meeting later led to the decision that I will live in the Czech Republic. I perceived moving from Japan to the Czech Republic as a tremendous opportunity, not only for my development, but also for the historic first expansion of shin karate beyond the borders of Japan.